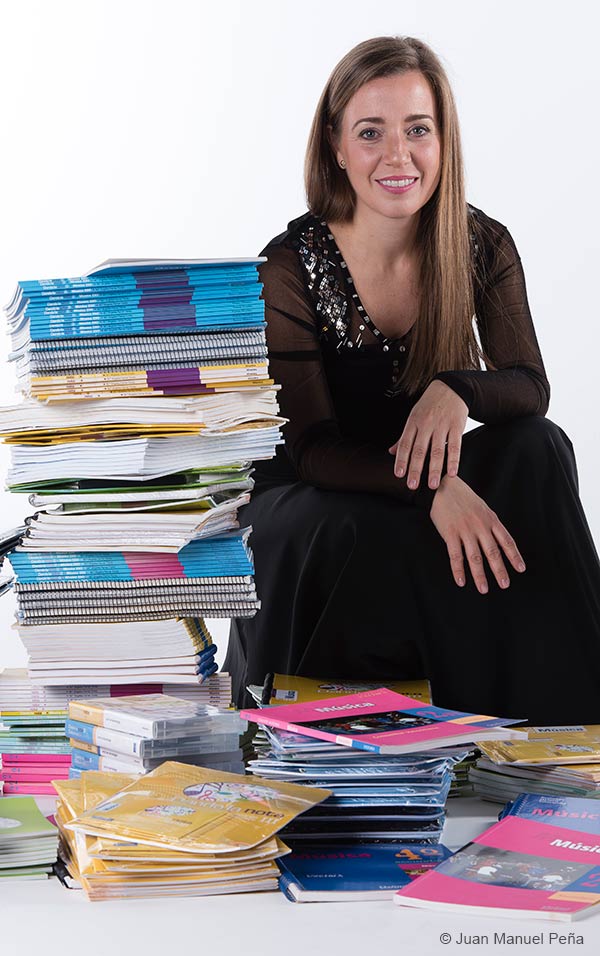 María Ángeles Ferrer Forés is one of the most prestigious musicologists and music pedagogues of Spain, “Acción Magistral” Award by FAD-UNESCO-BBVA (2010) and Rome Prize from the Ministry of Foreign Affairs (2018-2019). Born in Palma de Majorca, Spain, she is PhD in Musicology awarded by the University of Salamanca (2005). She made her postgraduate academic degree at University of Salamanca and University of London, Royal Holloway College (1996-1998). She has the Musicology Degree (1996) and History of Art Degree (1996) at University of Salamanca. She also has a Master’s Degrees in piano (1992), singing (2000), music composition (2000) and music theory (2001), with the highest qualifications, at the Balearic Islands, Salamanca and Seville Conservatories of Music. She is Music Teacher in Secondary Education at Madrid (1998-current), Music Associated Professor at University of Valladolid (2008-2012), Music Associated Professor at UDIMA, Universidad a Distancia de Madrid (2012-2014) and Music Professor at UNIR, Universidad Internacional de La Rioja (2011-2015).

Considered one of the best music professors of Spain, she is the author of some educational resources for students and teachers of Secondary Education Música and Educación Plástica, Visual y Audiovisual (AEON Editorial, 12 books), Dando la nota (Hit the note), published by Pearson (35 books, 18 CDs and 14 CD-ROM in 2010, 2009 with numerous editions, best-seller in Spain), Music Exedra Project published by Oxford University Press (9 books and 8 CD in 2005, 2004, 2003), Tosca by Giacomo Puccini (Salamanca University Press, 2007), History of Art Guide for Bachellors (Aralia XXI Editions, 2016), Plastic Guides for Secondary Education (4 books, Aralia XXI Editions, 2018, 2017) and more than one hundred articles, proceedings of national and international conferences and concert program notes. She is a member of the organization of the Ibiza International Piano Competition and the Ibiza International Piano Competition, ACE, CEDRO and SGAE. As a musicologist, writer, singer and pianist, she has an extensive scientific and artistic production. It is a world specialist singer in the Medieval masterpiece “The Song of the Sibyl” (UNESCO Intangible Cultural Heritage).

1996: Degree in Musicology
University of Salamanca